At the end of the month in November at Da Wang Culture Highland, we had an exhibition of works created during the month by myself, Daniel Unsworth, Tom Hayes (both from Great Britain), Joop Haring (Holland) and Haitao (China).

It was a great opportunity to focus on the work accomplished during this time and wonderful to collaborate with the other artists while installing too. There were challenges in communicating about lighting and other issues to the gallery workers who didn't speak english... a very interesting experience all around.

Below are some images of the event. It was enlightening to witness the reactions and interpretations of the local Chinese to my artworks. It gave me another opportunity to understand them and their values. 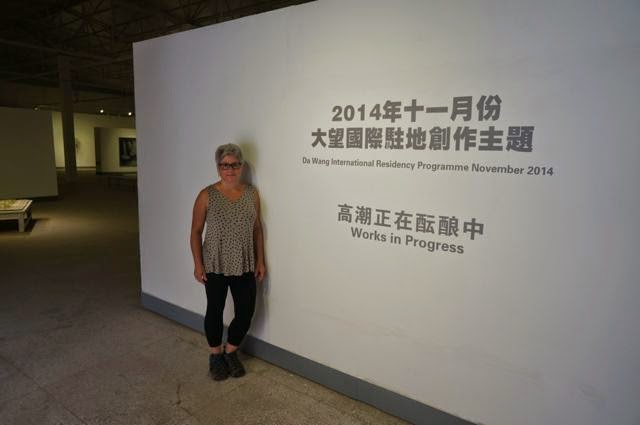 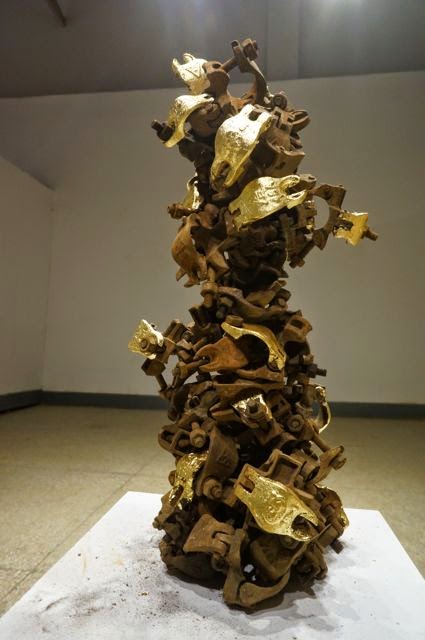 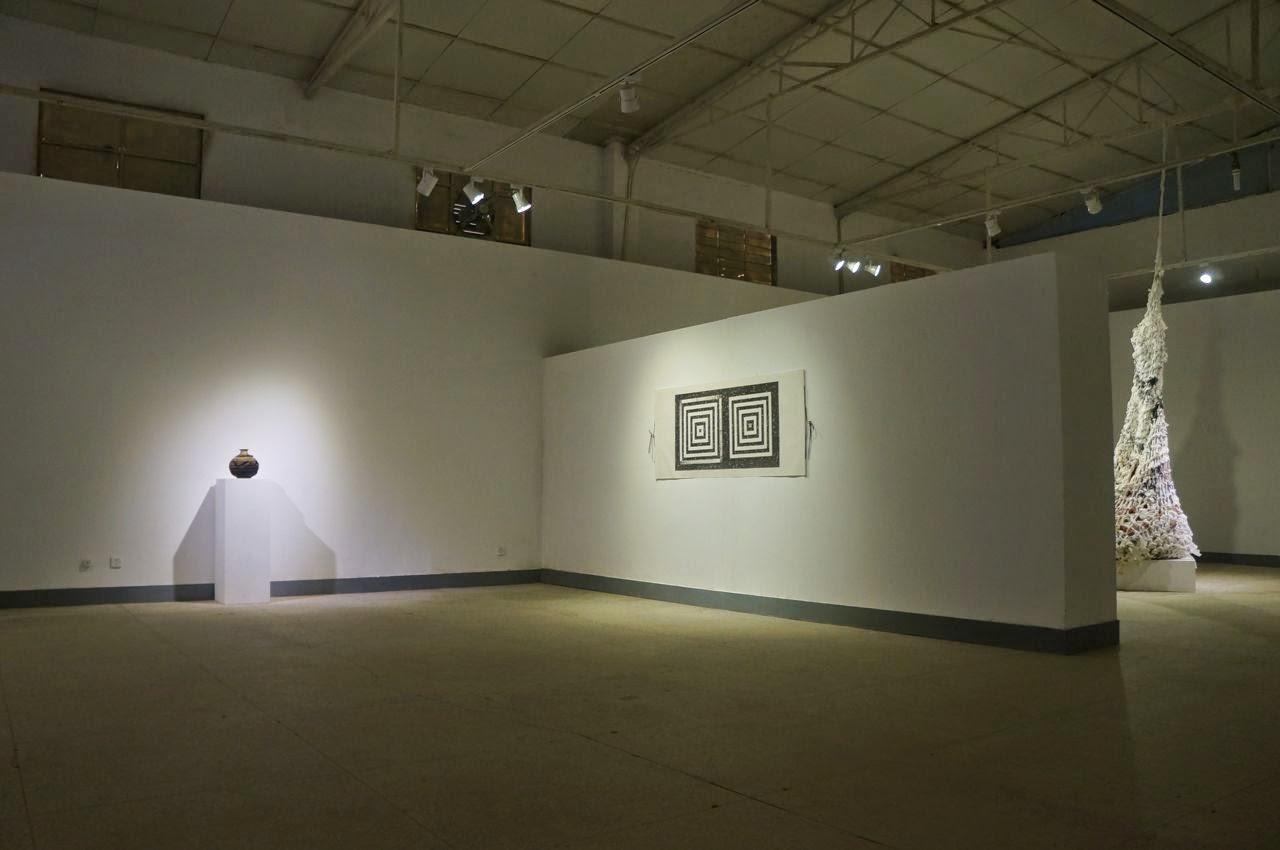 his post is part of a series documenting my experiences in China.
Please follow previous entries by using the blog archive in the sidebar to the right. Or click here for the beginning. 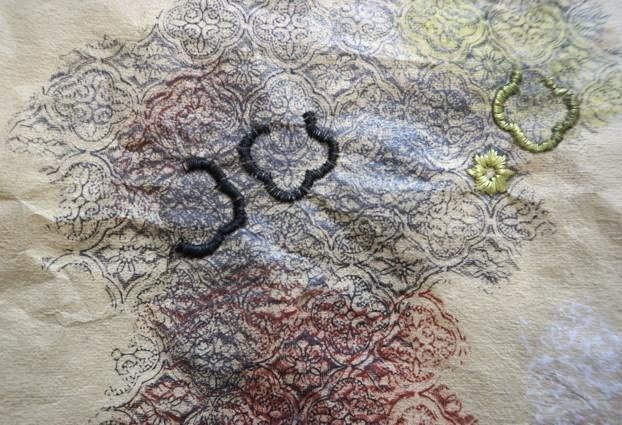 Arriving without a plan or much in the way of materials I looked to my environment for inspiration.

1. Absorbing China as a first time visitor provided me with an astounding amount of information.
2. The grounds of Da Wang were a minefield of found objects.
3. I inherited Mao propaganda magazines from Gideon Rubin, a painter who inhabited my space before I arrived.
4. In Dafen I became smitten with the elegant craftsmanship of the traditional embroidery, particularly their strict adherence to color, material and subject.
5. Steve Johnson's book Emergence: The Connected Lives of Ants, Brains, Cities and Software.

I'm still processing words to describe what I was thinking, but to put it simply, it had to do with how emergent behaviors develop organically over time from the bottom up and Chinese culture seems to be a product of top down control. According to Johnson top down approaches aren't sustainable, and yet the chaos in China seems to eventually result in an order of one dimension or another. In the swarms of people there, and the absence of the concept of an individual, everyone seems to share two concerns. First, to work towards the betterment of society's common goals. Second, to wrestle your way to the front of the line. China is full of contradictions like this, a very real human condition.

Read here about my first days in the studio, my rubbings, the magazines and initial steps with embroidery.


This post is part of a series documenting my experiences in China.
Please follow previous entries by using the blog archive in the sidebar to the right. Or click here for the beginning.
Posted by Jodi Colella at 4:42 PM No comments:

My favorite activity was to walk to the village and hang out at the market. I would savor these trips and use them as a reward after a few productive days in the studio. If I had my druthers, I would have spent all my time wandering around with the locals.

On one of these days I was waiting for a bus to go to the neighboring village Wutongshan alongside a young man with long hair who seemed quite agitated. He was probably impatient because the buses weren't running as frequently as they usually do and we were waiting quite some time.

The procedure for buses is surprisingly orderly considering all the chaos everywhere else. One enters in the front and exits out the back. You pay the driver as you enter in the front. This day, the bus was full so the young man hopped into the back door instead. Since it was my policy to copy everything, and for lack of knowing any better, I followed his lead and hopped in the back too.

The tight squeeze caused my foot to jam in the door and I couldn't move to let people out. This young man who earlier seemed a bit standoffish, quickly helped and insisted I move to his position higher on the stair and away from the door.

So, once again I follow his lead and handed my fare (two yuan) with both hands to the person next to me and started the brigade. It made it to the front and into the stile without a hitch and with lots of amusement among the Chinese. I clearly stood out in the crowd and was very different, but they treated me like one of them and had good humor and patience with all my foibles.

Once in Wutongshan I met up with a new chinese friend Tracy for tea. She brought me on an informal tour the neighboring studios within winding alleys full of character and inspiration. We ended up in one of a friend of hers and guess who it was? My crazy, chivalrous bus companion! We had a very good laugh together. This time we totally understood each other. Laughing doesn't require translation.

This post is part of a series documenting my experiences in China.
Please follow previous entries by using the blog archive in the sidebar to the right. Or click here for the beginning.