Da Wang Culture Highland, an hour from the airport and on the southern fringe of Shenzhen, is situated at the end of a sparsely lit remote backroad that passes by two fresh water springs, an outdoor athletic facility with bike rentals and a couple of restaurants. It's not well known to anyone who hasn't been there and most Shenzhen taxi drivers, including mine, have not been there. Add to the mix that neither of us could communicate with each other. Lots of extraneous hand signals and smiles later, his determination paid off and we found our way. With his persistence, and making many stops for directions, he found the very dark entry to the very dark road that would eventually lead us to the residency.


The road is lined with a tree that is native to the area called Rong Shu. They grow to be very advanced in age with branches that sprout offshoots that fall to root in the soil. Each shoot adds a concentric layer to the growing trunk so that mature trees grow very thick with many fibery layers. Driving in the dark, the headlights would illuminate these viney fibers that hung from the branches into the road and it felt very magical. 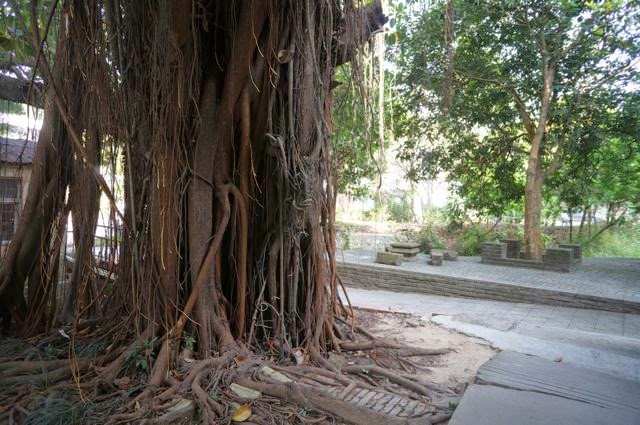 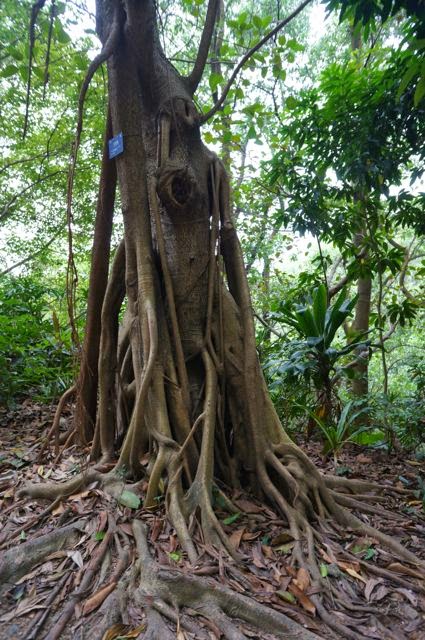 My very first impression was how dark it was. I felt this often when in China. Unless you were in a main city square, where they have large neon signs constantly flashing like in Times Square, the exteriors and interiors of China are very dimly lit if lit at all. Most rooms have one fluorescent light in the ceiling for illumination and most streets only have a single post or light for every block. Being energy conscious, it makes sense to use fluorescent light but it isn't very attractive or conducive to coziness.


My taxi finally pulled up at 11:30 pm and I was met by Tom Hayes, the art director of Da Wang, who led me to my room and helped me settle in. So I literally wasn't able to see where I had landed until the next morning when I woke up. It was like opening a present to see the surprise. 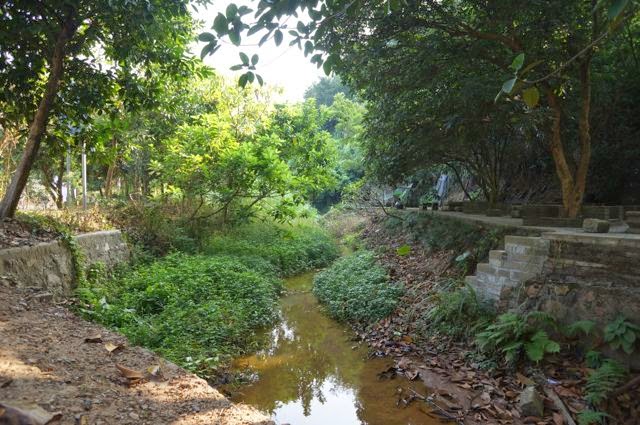 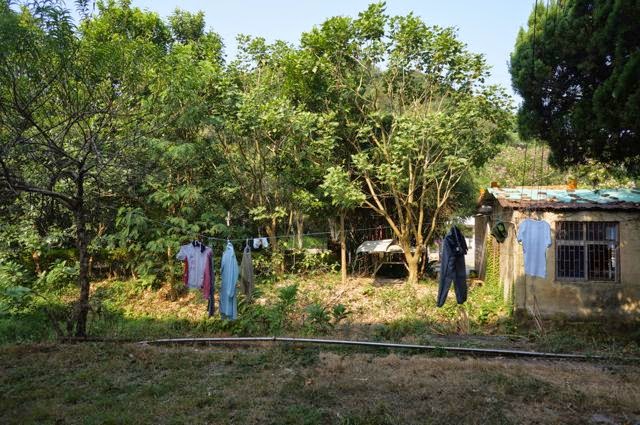 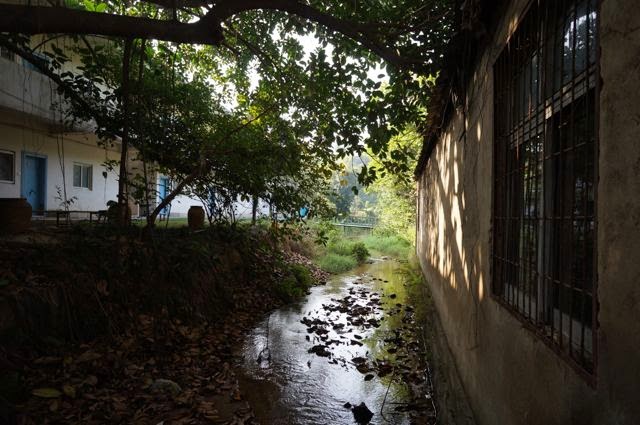 Like most residencies, the accommodations are sparse but clean and just what you need. It didn't take long to fall into a routine with my morning Nescafe, yogurt and fruit while sitting at my desk listening to the rhythmic sweeping of the workmen in the circle and the birds chirping in the trees. 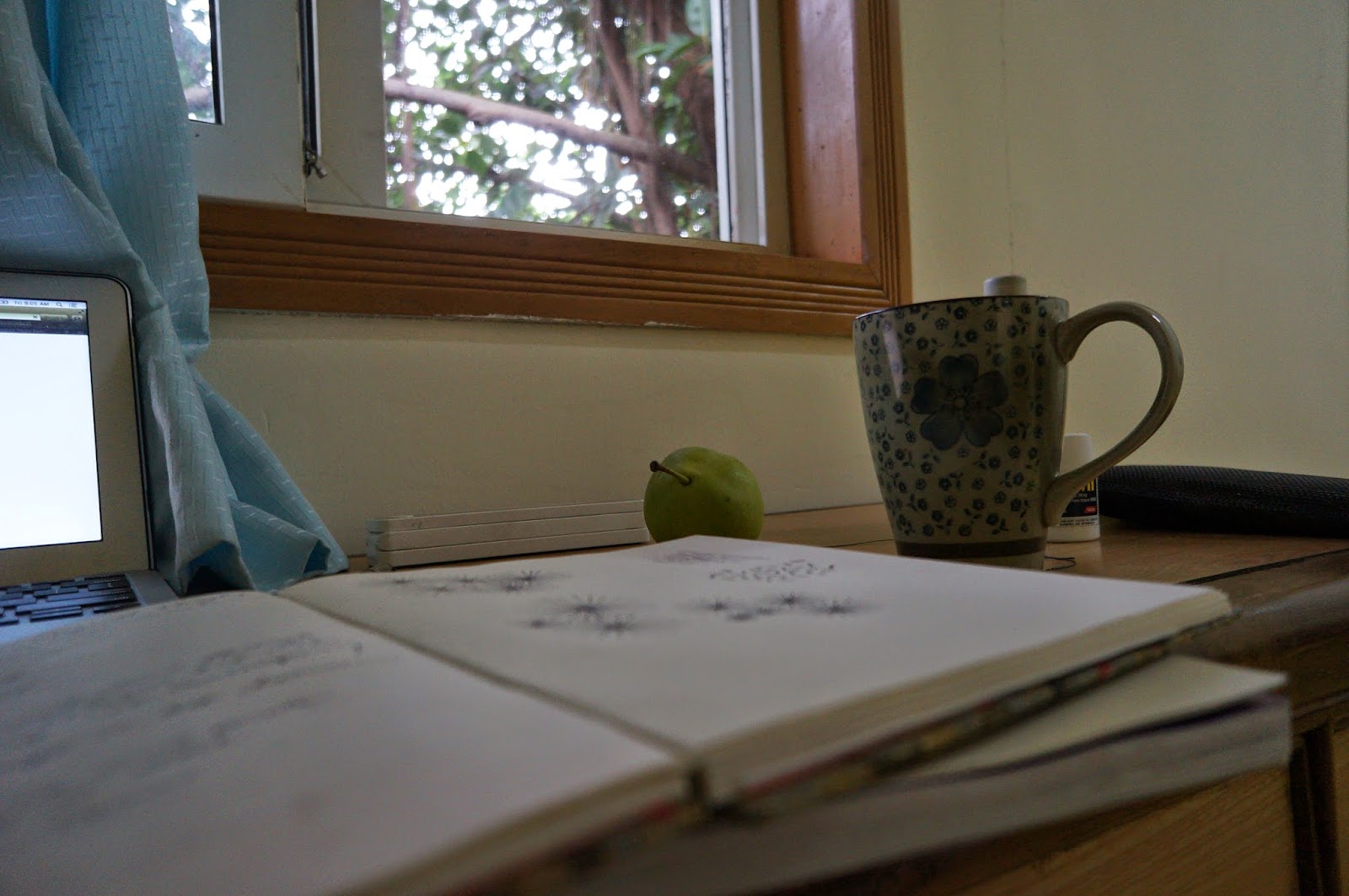 I left Boston the morning of October 29, arrived at Da Wang at 11:30 pm October 30. My first day there was October 31 and my first stop that morning was to go to reception and sign in. I was met by Shiny who congratulated me on my holiday, the American Festival of Halloween. To celebrate we were to go out that night to discos in Shenzhen and Ayi the cook was making her special noodles for the occasion too.

This post is part of a series documenting my experiences in China.
Please follow previous entries by using the blog archive in the sidebar to the right. Or click here for the beginning.
Posted by Jodi Colella at 7:34 PM